We are now back from vacation.  It was interesting visiting Germany in so many different ways.  It felt familiar and not. . .like being in a fairy tale but without knowing if you were in the Disney version or the original Grimm’s version.

Not that we were ever in danger – let me clear on that point.  But rather the trees were mostly familiar and then some weren’t. . .  The hills looked kinda like Southeastern MN, but not quite. . .  There were charming nooks and crannies and then there were rainy alleyways which could have been hiding werewolves. . .Ancient and changed all at once.

The strangest thing for me, however, was not understanding the words I saw around me.  For the most part.  If it was in English, I got it.  However, most things were not.  So, I didn’t.

Now, I’ve never spoken German.  I’ve never tried to read it.  There is no realistic reason for me to expect to understand the words around me.  And yet, I did.

When we went over, I didn’t expect to understand the people speaking, but for some reason it didn’t occur to me that I wouldn’t understand what was written either.

I’ve always been able to understand written words.  And to put them into a context my brain can use.  And, it really annoyed me that I couldn’t just read the words around me.  Well, read them and have them make sense.  I could read them well enough, but without knowing what the words meant. . .it was really annoying.

It annoyed me enough that now I’ve decided I need to learn to read German.  I’m less concerned about speaking it well, but being able to read it is something that needs to happen.  I bought myself my favorite book’s German translation.  And, a German dictionary app.  And, so far, I’m two sentences in.  But!  They are translated correctly.

B thinks that this may teach me to understand how everyone else reads all the words.  He may be right.

However, because I wasn’t 2 sentences in to my translation at the time of our trip and in order to get around, understand things and be an active participant in our vacation, I had to rely on the kindness of my family (thank you, Kelsey!!) and on pictures.

Some of the pictures, like the one above, were fairly easy ones.  Speed limits for tanks vs trucks. . .adults and children holding hands when crossing the street. . .fresh pastries sold here. . . (those were some of my favorites!)

Some .  . .well, I opened some to interpretation.  The one that probably meant, “Be careful along the edge of the platform so you don’t fall and get hit by a train,” looked an awful lot to me like, “In order to board the train you must do a fancy happy dance.”  Others were families playing soccer in the street while their car waited down the block for them.

And, then there was one that none of us was able to figure out.  I should have taken a picture of that one . . .

I appreciated the pictures.  The signs that had good, strong arrows.  I also appreciated the chance to really understand that not knowing it all is not the end of the world.  That asking for help is not a bad thing.  And, that sometimes smiling, pointing and pantomime can get you breakfast.

One thought on “A picture’s worth a thousand words.” 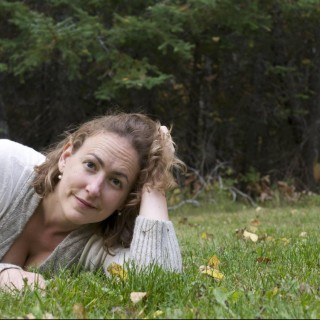 Inspiration for soul-divers, seekers, and activists.

If all the world's a stage - who's watching the show?

If all the world's a stage - who's watching the show?